Pennsylvania's new "move over" law goes into effect Tuesday, and will mean stricter penalties for those in violation.

The statute requires drivers approaching an emergency response area who can't safely merge into a lane further away from the response area to slow to 20 mph less than the posted speed limit.

According to Pennsylvania State Police, 7,075 citations were issued in 2018-2019 for "steer clear/move over" violations, in addition to 3,204 warnings.

"We have a problem in Pennsylvania," state Rep. Doug Mastriano of Adams County, who co-sponsored the changes stiffening the penalties for violators, said in a news release. "This needs to end now. Our legislation is a multi-pronged strategy to save lives, and it starts with rebranding the law to send the message. It couldn't be clearer: 'Move Over.'"

The measure, approved last year by the General Assembly and signed into law by Gov. Tom Wolf, establishes the following penalties: 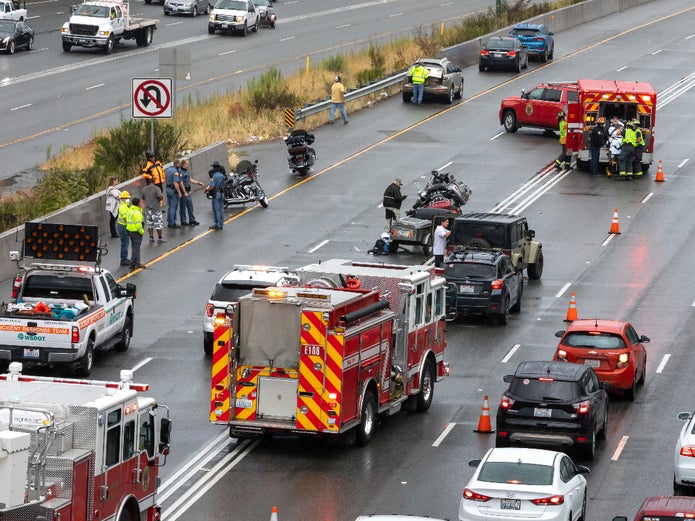